Santa Ponsa (Catalan and officially: Santa Ponça) is a holiday resort in the south-west of Majorca. Located in the municipality of Calvià, it is 18 kilometres from the capital Palma.
Santa Ponsa derives its name from a Roman villa called Sancta Pontia. Santa Ponsa is where King James the First (Jaume in Catalan) landed on September 12 1229 in his quest to conquer the island and take it from the Moors after more than 300 years of Muslim rule. Majorca became part of the Kingdom of Aragon following James's conquest, and was later annexed to the Kingdom of Spain. A cross at the entrance to the marina marks the spot where James landed. Every September there is a grand fiesta to commemorate the landing with a mock battle between the Moors and Christians on the beach. It is a two week fiesta which incorporates a pop concert and firework display.
The resort is popular with British, Irish, German and Dutch; many people of these nationalities own villas and apartments on the hills either side of the bay. It is predominantly a summer resort with a high season lasting from May to October.
source:wikipedia.com 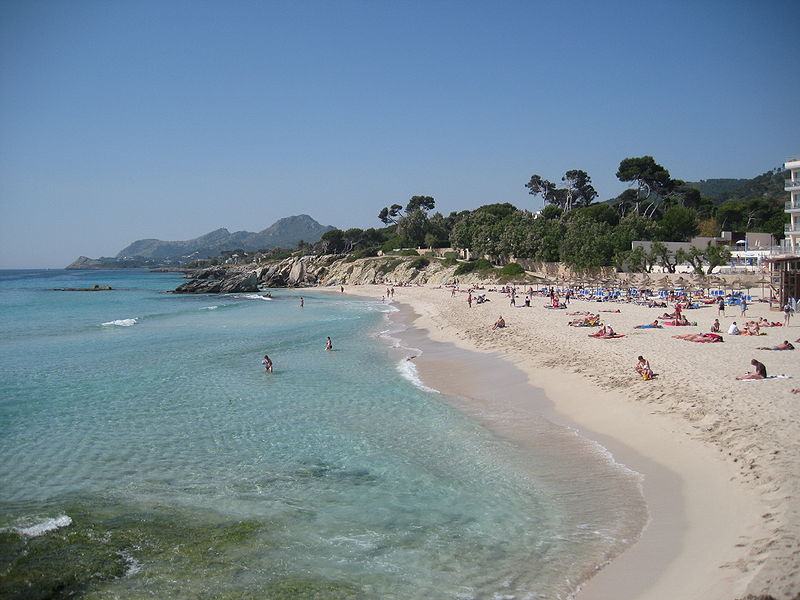